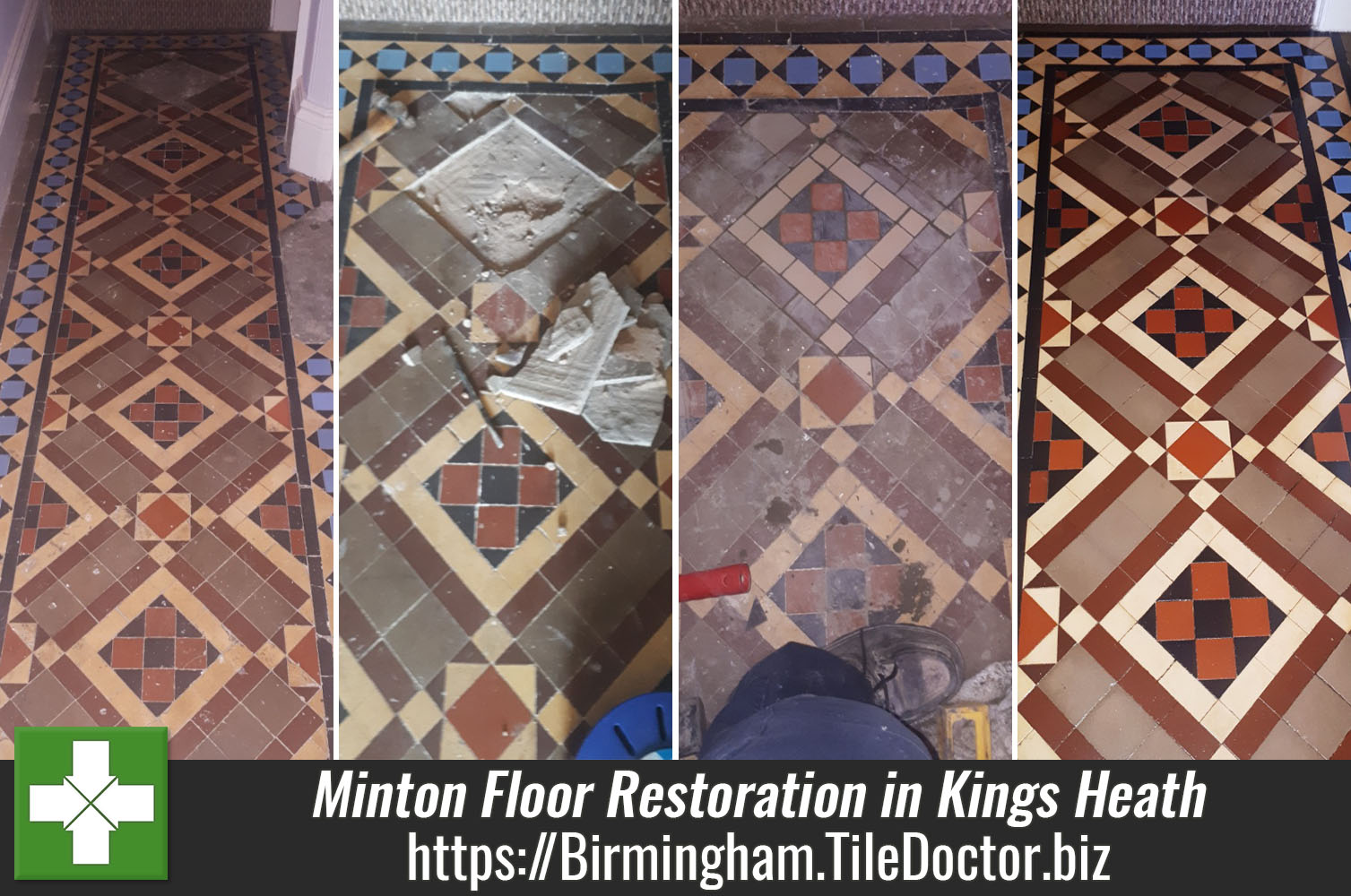 Details below of the full restoration of a Victorian Minton tiled hallway floor that I restored earlier this year in the South Birmingham suburb of Kings Heath. The owner had recently purchased the property and discovered a Victorian tiled floor underneath an old carpet in the hallway.

The floor was in a very poor state with areas where tiles were missing and had been backfilled with a cement levelling compound. The adjacent vestibule also had a large area of tiling missing. My client was delighted when they had found some of the missing original tiles and now wanted to investigate having the floor returned to its former glory. 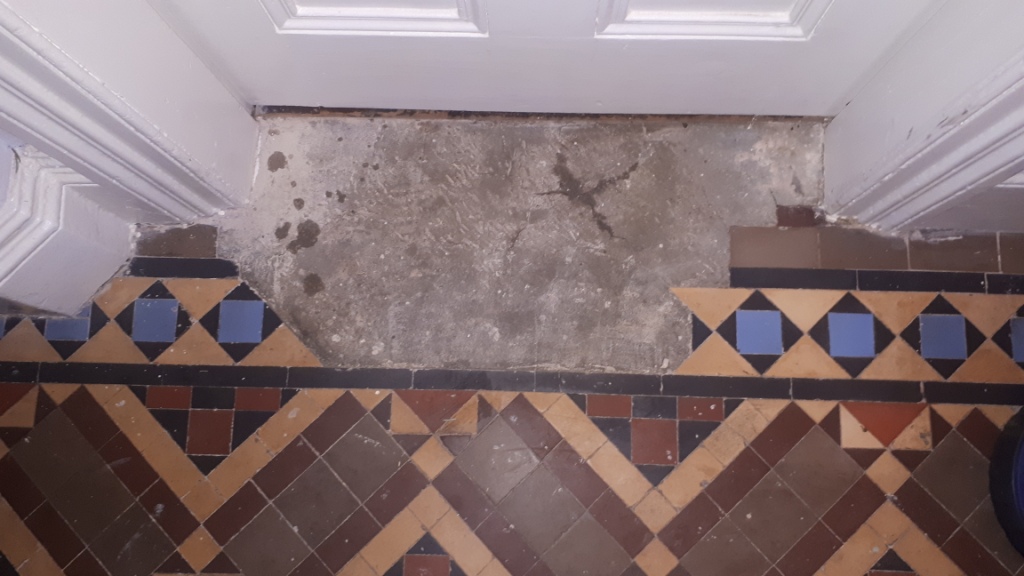 I went along to quote and give a demonstration of the restoration process and provide an indication of the expected results. The test area responded well to the treatment and they were happy with my quote to repair and renovate the floor, so were booked in to restore the whole floor and I set about sourcing matching replacement tiles. 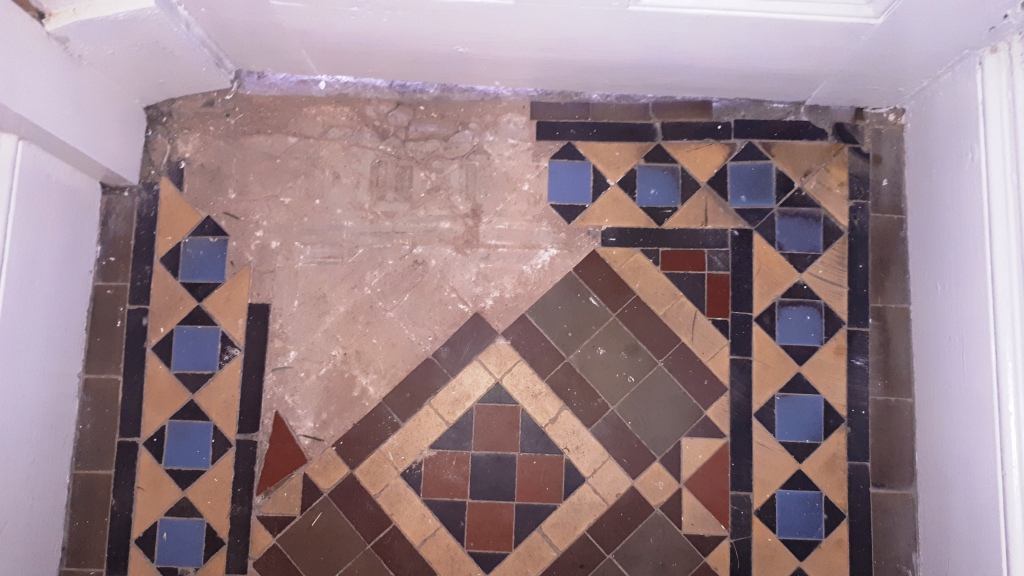 The first two days were spent carefully removing the leveller, cleaning up the exposed subfloor then cutting and fitting replacement tiles. One of the areas that needed extra work was a doorway which required a sub-floor installing before being able to tile with a matching pattern. 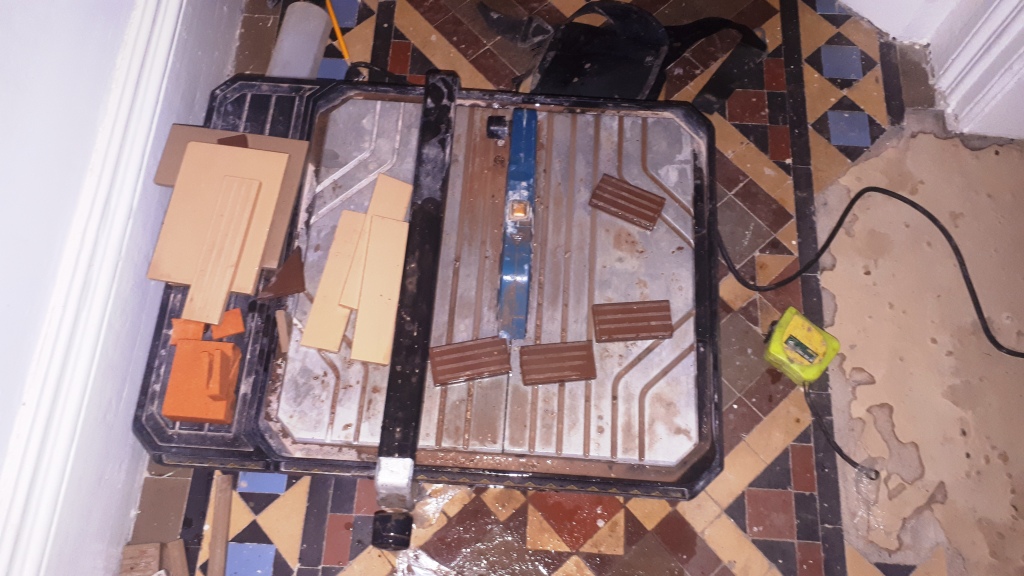 With the main hallway tiling completed I started on the tiling in the adjacent vestibule. I had been given a couple of bags of original tiles to sort out by the owner and fortunately most of them were in good condition, so I was able to repair the vestibule with approximately 90% original tiles. The rest were made up of reproduction tiles that I had managed to source. Additionally, the floor had numerous loose tiles which needed resetting and finishing with replacements. Due to so many of the tiles being original the appearance between the newly replaced area did not look too much different however I was confident the following deep clean and seal would blend them in well. 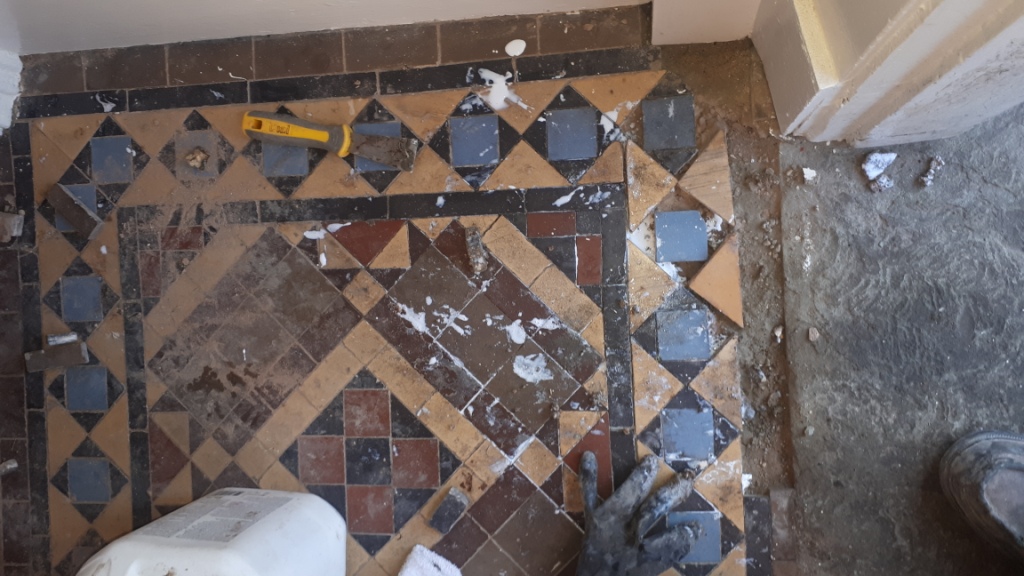 With the tiling now repaired my next focus was the cleaning which I started on day three with an application of neat Tile Doctor Pro-Clean to help loosen the carpet adhesive and paint splashes that were staining the floor.

The Pro-Clean was mopped onto the floor and then worked in with a 200-grit diamond pad fitted to a weighted rotary buffing machine. The extra weight, cleaning agent and coarse pad gets into the pores of the tile releasing years of ingrained dirt and removing old sealers and coatings. The floor was then rinsed with water and the waste extracted with a wet vacuum.

The next step was to give the floor an acid rinse using another Tile Doctor product called Grout Clean-up which is designed to remove grout smears and mineral salts that will have been trapped into the pores of the tile after years of being covered in carpet. The grout clean-up was worked into the tiles using a 400-grit burnishing pad to refine the tile surface and close up the pores. The floor was rinsed and extracted again and left to dry out for two nights.

I returned a few days later and after testing the floor was dry set about applying a sealer. For this floor I chose to apply six coats of Tile Doctor Seal and Go which gives a lovely sheen finish and really brought out the character in the beautiful tiles. It’s also water based so it doesn’t leave a smell as it dries.

By the time I had finished the floor was looking transformed and the client was delighted, so much so they left this fantastic review:

Kieron was fantastic. He brought our Minton flooring back to life and kept us informed every step of the way. He really knew what he was talking about and has done a fantastic job. Not to mention he was a really really lovely guy and great value for the incredible workmanship he offers.”

I left the customer with a bottle of Tile Doctor Neutral Tile Cleaner to help maintain the tiles appearance. It is important to use a neutral pH cleaner when maintaining sealed floors as stronger tile cleaning products that you find in supermarkets are too strong and will prematurely strip the protective sealer off a floor. 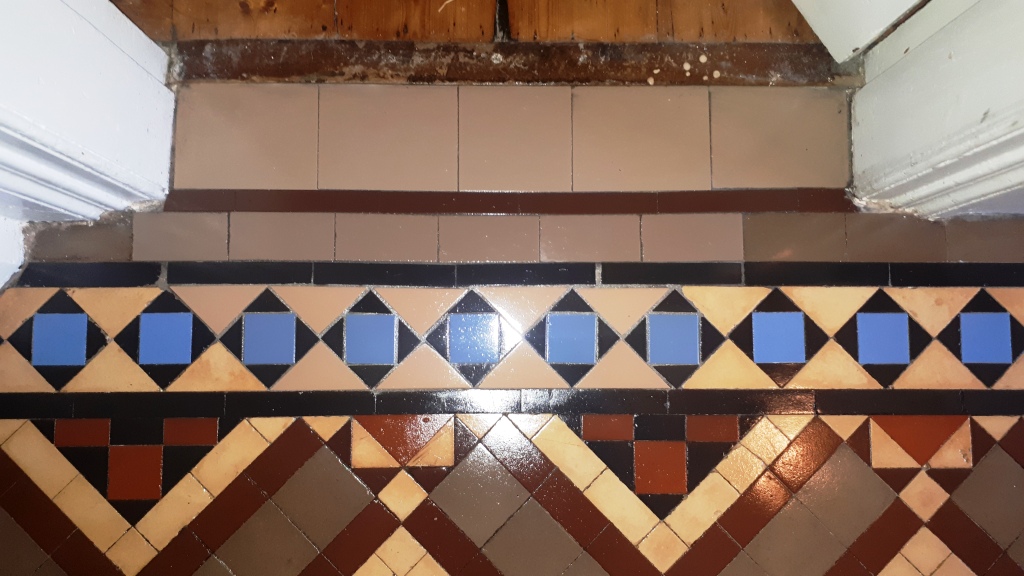 Professional Restoration of a Victorian Tiled Hallway in West Midlands